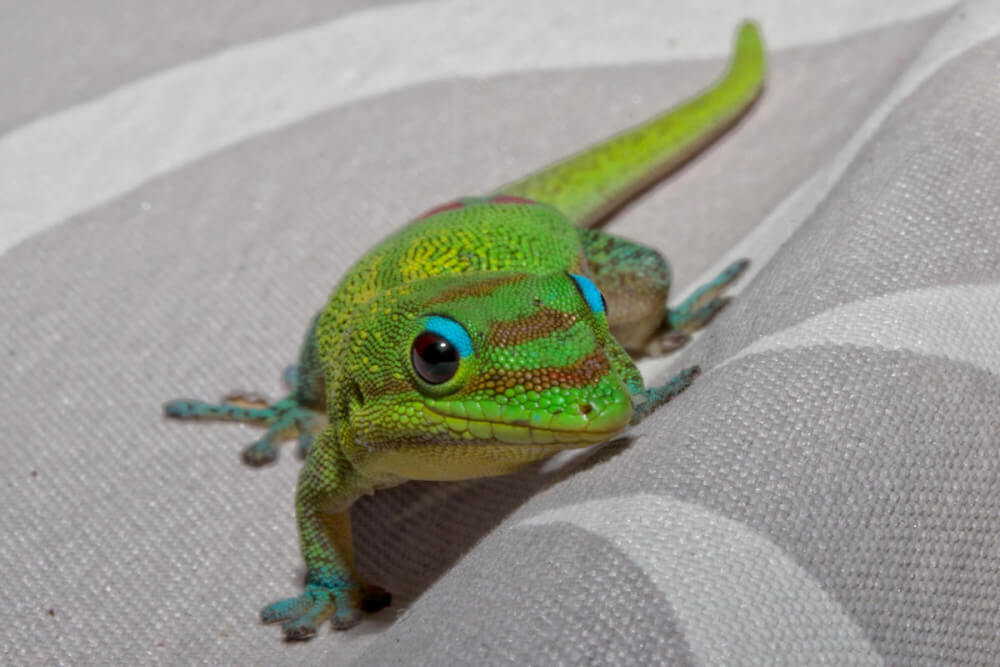 Did you just get back from a trip to Hawaii and your kids won’t stop talking about Hawaii geckos? Keep scrolling to learn all about the geckos of Hawaii plus get a free gecko activity pack.

This post about how to learn about the geckos of Hawaii contains affiliate links which means if you purchase something from one of my affiliate links, I may earn a small commission that goes back into maintaining this blog.

Do you have kids that love geckos?

Hawaii is home to many unique and interesting creatures, including geckos. Geckos are small lizards that can be found all over the world, but they’re especially common in tropical climates like Hawaii.

They come in a variety of colors and sizes, but their most notable feature is their sticky feet! Find out more about these fascinating reptiles with our free activity pack for kids.

Did you know that some people believe geckos bring good luck?

If your family has just returned from a trip to Hawaii or if you’d like to learn more about these cool Hawaiian animals before planning your next vacation there, then download our free activity pack today!

It includes fun facts about geckos as well as activity pages designed for children ages 5-8. You won’t find another resource quite like it on the internet so don’t wait – download yours now!

What’s the difference between a gecko and a lizard?

Wondering how to tell a lizard and Gecko apart? Well, let’s start with their skin. The geckos have bumpy scales while the lizards possess dry scaly ones. But not all reptiles are alike! Lizards can hear sounds by using external ears while geckos have tubes inside their head to hear. There is also no such thing as eyelids for geckos. Instead, they use transparent membranes which they lick clean at night when hunting prey.

No. Geckos can’t swim, but they’re resistant to water and float. When it encounters a puddle of water larger than its size, the gecko stands on top as if standing on solid ground due to its hydrophobic skin that repels any drops or moisture from touching their bodies.

Yes! Geckos are chatty creatures. They can click, chirp, and even make barking sounds because they’re hungry and desire something to eat. Some of these sounds could be so high that humans cannot hear them at all! At night time geckos use clicking sounds in order to communicate with other gecko species or just warn off competitors from their territory. The purpose is usually to avoid direct fighting but also attract mates depending on the situation for a certain breed of Gecko.

What is the lifespan of a gecko?

House geckos in Hawaii generally have an average lifespan of 5-10 years. The leopard gecko’s natural lifespan is between 10 and 20 years.

Did you know that the iconic gecko is actually not indigenous to Hawaii? It is believed that the gecko was first brought to the Aloha state about 1,500 years ago as stowaways on Polynesian ships.

There are actually more than 900 species of gecko, with only four being common when the critter first was brought to Hawaii.

Today, eight total species of gecko are commonly stated to live across the islands of Hawaii. Let’s take a look at these eight species alongside a surprising ninth gecko species that has become lesser-known over the years.

The mourning gecko, alongside the fox gecko, is the most common species of gecko found in Hawaiian homes. Both of these geckos are all-female species whose eggs do not require fertilization.

The mourning gecko lives for about 10 years and is also known as the “common smooth-scaled gecko.” They are tan-colored with a brown stripe and can be active randomly during the day or night.

However, they are also able to blend in with their surroundings by toning the shade of their body color on demand.

The fox gecko lives for an average of 5 years and is also known as the “Indo-Pacific Gecko,” (not to be confused with the Indo-Pacific Tree Gecko).

These geckos are brownish-grey, with whitish underbellies and brown and white spots. The fox gecko’s tail is covered in spiny scales.

This gecko hunts for insects mostly at night. Like the mourning gecko and the Indo-Pacific Tree Gecko, the fox gecko is also parthenogenetic. This means that the species’ eggs do not require fertilization.

These geckos make a chirping sound and are nocturnal. In general, the gecko is not aggressive but will bite if you pose a threat to it. Admire these tropical beings from a bit of a distance, but don’t panic if you are bitten as they are non-venomous.

The Indo-Pacific Tree gecko has the longest average lifespan of our geckos today, average between 10 and 20 years. They are steadily decreasing in population yet also known as the “Common Dwarf Gecko.”

These geckos can also tone-shift their body color, but typically have tails that are one shade lighter than the rest of the body. These are the smallest geckos in Hawaii, and are voiceless, making them one of the harder ones to spot.

Three orange lines run down the back of this gecko, but the lines can become somewhat broken up to form splotches or dots. This gecko is on the verge of extinction partly due to the deforestation of their preferred large-leafed trees.

The Giant Day gecko lives for an average of 15 years and is also known as the “Madagascar Giant Day Gecko,” as it is native to the forests of Madagascar. These geckos are often breathtaking as they are a bright, neon green with a red stripe down the back with scattered dots.

Their bodies are also very large, so you won’t miss these guys if they are in your area. Be aware that this gecko will turn darker shades of green when distressed.

The stump-toed gecko is also known as the “sugar gecko” or “common four-clawed gecko.” They are often described by their plumper appearance when compared to other geckos, despite having more delicate skin.

Stump-toed geckos are typically colored violet-grey or pink. Younger geckos have golden spots on their back, but these fade upon adulthood. With large scales on the back, webbed digits, and an elongated 12.2 cm body length, the stump-toed gecko is rather easy to identify.

The gold dust day gecko was perhaps made famous as the mascot of the Government Employees Insurance Company (GEICO). With an average lifespan of 8-10 years, these geckos are on the smaller side with bright green or yellowish-green bodies.

Red marking spots are present up and down the gecko’s back, which is common on the giant day gecko as well. You might not expect this when watching a Geico commercial, but the male gold dust day gecko is actually rather violent.

In general, keeping a gecko as a pet is already a complicated mission. But when it comes to the gold dust day gecko, these are at the top of the list of ones to enjoy only out in nature.

The Tokay gecko is our bonus gecko of the day, as it was once commonly found on the windward side of Oahu but has not been spotted in recent years. This gecko lives for an average of 10-15 years and is common as an exotic pet.

However, their biting nature doesn’t make them a highly recommended one to keep as a pet.

Now that you’ve learned a lot about the geckos of Hawaii and all across the world, let’s put that knowledge to the test with this 14 page activity book.

It includes a word search, a quiz, facts and trivia, a crossword puzzle, connect-the-dots activity, and more.

And there’s even an answer key, which makes it really helpful when using this as a homeschooling resource. This is a great way to teach kids about geckos.

Kids Books About Geckos of Hawaii

With its large eyes, sticky toes, and long tail, the Gecko is a very special lizard. This picture book will tell you all about this fascinating species in fun facts that are sure to get your attention!

Geckos Slide and Peek: A Look-and-Find Adventure in Hawaii

Come on in and join the fun as you look for 32 hidden objects such as a gecko wearing a blue hat, or even ninja ones. There is even more to find inside of these pictures with 8 scenes from Hawaii!

The Legend of the Laughing Gecko: A Hawaiian Fantasy

Moki the Hawaiian gecko has an infectious laugh, which lands him in trouble. This cute story explains why Hawaiians traditionally regard geckos as bringing luck to their homes.

Despite geckos not being native to Hawaii, they are actually not classified as invasive. This is because most of the gecko species on the islands inhabit urbanized areas, and don’t pose immediate threats to native Hawaiian plants and animals.

Geckos instead are often respected in traditional Hawaiian culture, as their forms are akin to the legendary mo’o in Hawaiian mythology. Mo’o are described as vast dragons of lore, whose bodies remain part of the Hawaiian landscape.

So the next time you see a gecko in Hawaii, consider it a sign of good luck and wish it well on its journey. If your kids are like mine, I’m sure they’ll get a kick out of watching a gecko scurry along, too!