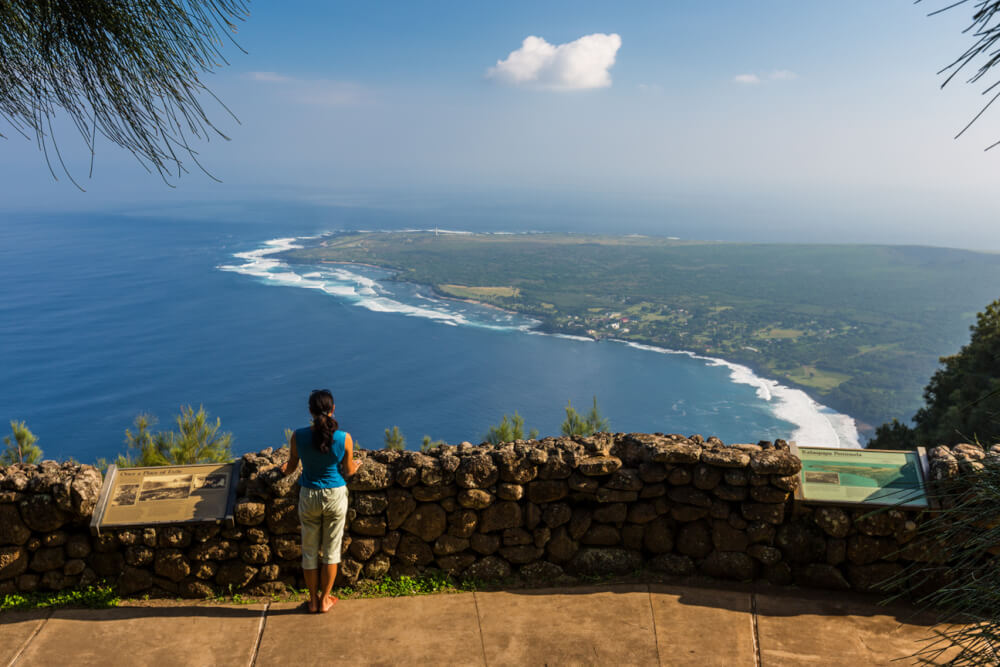 Planning a trip to Hawaii and want to hit up some national parks? Find out the top national parks in Hawaii you’ll definitely want to check out! Scroll to see them all!

This national parks in Hawaii post contains affiliate links which means if you purchase something from one of my affiliate links, I may earn a small commission that goes back into maintaining this blog.

The islands of Hawaii are among the most beautiful places on earth.

With tropical forests, breathtaking waterfalls, amazing wildlife and picturesque views, Hawaii is a paradise to say in the least.

There are also great national parks in Hawaii that deserve attention as well. Some of these parks have majestic volcanic views, while others the natives of Hawaii hold sacred, and deserve respect.

Here are some of the top national parks, along with some of the things you need to experience while visiting these parks.

How many national parks are there in Hawaii?

There are 5 national parks in Hawaii and several national historic sites. Most of them are located on the Big Island.

What island is Volcano National Park on?

Hawaii Volcanoes National Park is located on the Big Island of Hawaii.

Is Waimea Canyon a national park?

No, Waimea Canyon is a state park on Kauai.

On the Hawaiian island of Maui, Haleakala crater rises to a staggering 10,023 feet above sea level in Haleakala National Park.

Visitors are drawn to the crater, not only for its height above the island, but also as a point of interest to be explored in the park.

The park is also known as the “house of the sun,” which creates some of the most incredible sunrises and sunsets in the world. This is why so many people come to this national park, to witness it for themselves.

The night skies are equally as amazing to see.

Haleakala National Park also has several great hiking trails that will take you to beautiful waterfalls surrounded by lush green forests, and even red-desert like landscapes. Many endangered species and native flowers can be found along the way.

Located on the Big Island, Hawaii Volcanoes National Park is unlike any other national park you’ve been to, as it’s home to 5 volcanoes within the park, 4 of which are still active.

Kīlauea and Mauna Loa are just two of its volcanoes that are actually the most active in the world. This park provides the best volcano-viewing in the world.

Make sure you travel the Crater Rim Drive and Chain of Craters Road to see some of the most astonishing views in the park.

This national park was once a place of refuge for lawbreakers and where many powerful chiefs once lived.

Pu’uhonua o Honaunau National Historical Park is immersed in Hawaiian culture, and also one of the most sacred historic places in all of Hawaii. 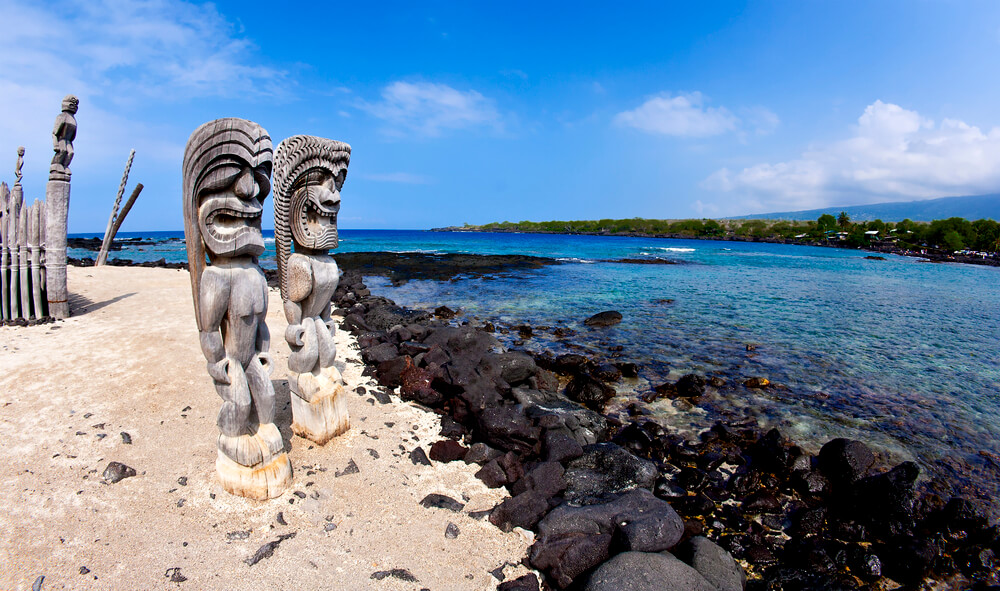 Make sure you check out the Royal Grounds, Keoneele Cove, and the sacred Heiau.

There are thousands of archeological sites here in the park. One of the best times to see Pu’uhonua o Honaunau National Historical Park is during sunset, when the structures and statues cast their shadows.

Before you pay a visit to this park, remember that it’s a sacred place, so many beach activities are not permitted.

Kaloko-Honokohau National Historical Park is located on the Big Island and is a spiritual and historical places to visit.

Etched on lava rock by ancient Hawaiians, hundreds of petroglyphs can be found in this park. There’s also two popular fishponds and great hiking trails in the park.

Chances are, you’ll come across green turtles (honu) and other wildlife while on the beach.

On the northwest coast of Hawaii, is the Pu’ukohola Heiau National Historic Park.

It has several ancient Hawaiian temples, awesome hiking trails, and also a great place for bird watching. Pu’ukohola Heiau is one of the last of impressive temples built in Hawaii, sometime around 1790.

Being able to walk these ruins is humbling to stand where a king once stood.

One of the most popular things to do on Molokai is visit Kalaupapa National Park.

This is where King Kamehameha V sent people with leprosy (also called Hansen’s disease) to live out the rest of their lives in isolation.

Today, visitors can go to Kalaupapa to learn about the people, places, and stories of the people who lived there. There is a living community, cemeteries, archeological artifacts, and a museum.

It’s also a place for spiritual healing. Families in Hawaii can learn about “lost” relatives and visitors can get a deeper understanding of Hansen’s disease and think about how they react to the disabilities and illnesses in our world today.

These are some of the top national parks to visit when you come to Hawaii. But, Hawaii also has a ton of state parks all across the islands.